Today I’m going to share a git flow with the following qualities:

In Ray’s case, when developing, I am used to write down the process, and list every possible logic that I think is feasible, and then try it. Normally a big function may consist of many small logic, and this git flow enables me to make all of them many individual commits in a feature branch. And finally after they are tested and there is no problem there, they could be turned into the commit with production standard as a big function.
In the process of implementing this git flow, I am more and more familiar with git rebase and some other advanced features of Git, and train myself to make each commit in a more strict style.
Here are some advantages that Ray personally think this git flow could provide:

The git flow I am going to demonstrate today is just an example, and it doesn’t suit everyone. However, the point is the concept it takes to achieve this operation.

When we do commit locally, we hope that the commit can be as small as possible, because the smaller, the more specific and more precise function orientated the commit is, the more helpful and useful it will be when it comes to debug or experiment and validation of your logic.

Let’s say that you were debugging, and you found that the thing you printed out was different from your expectation, so you were trying different ways to get the result you wanted.

If your commit is compliant with the above mentioned principles, in this case, you will not need anoying and troublesome revising after each failed try. All that takes is a simple

What exactly we want?

Which one could we have?

They say, you can’t have a cake and eat it, is that true?
Could we have both?

Let’s list and conclude more specifically what we need

As the photo below. What’s on the left side is the content, while on the right is commit. Take a look and then you could find that each file represents a single commit named small function. It’s just an example, denoting a concept of smallest commit that I’m trying to convey 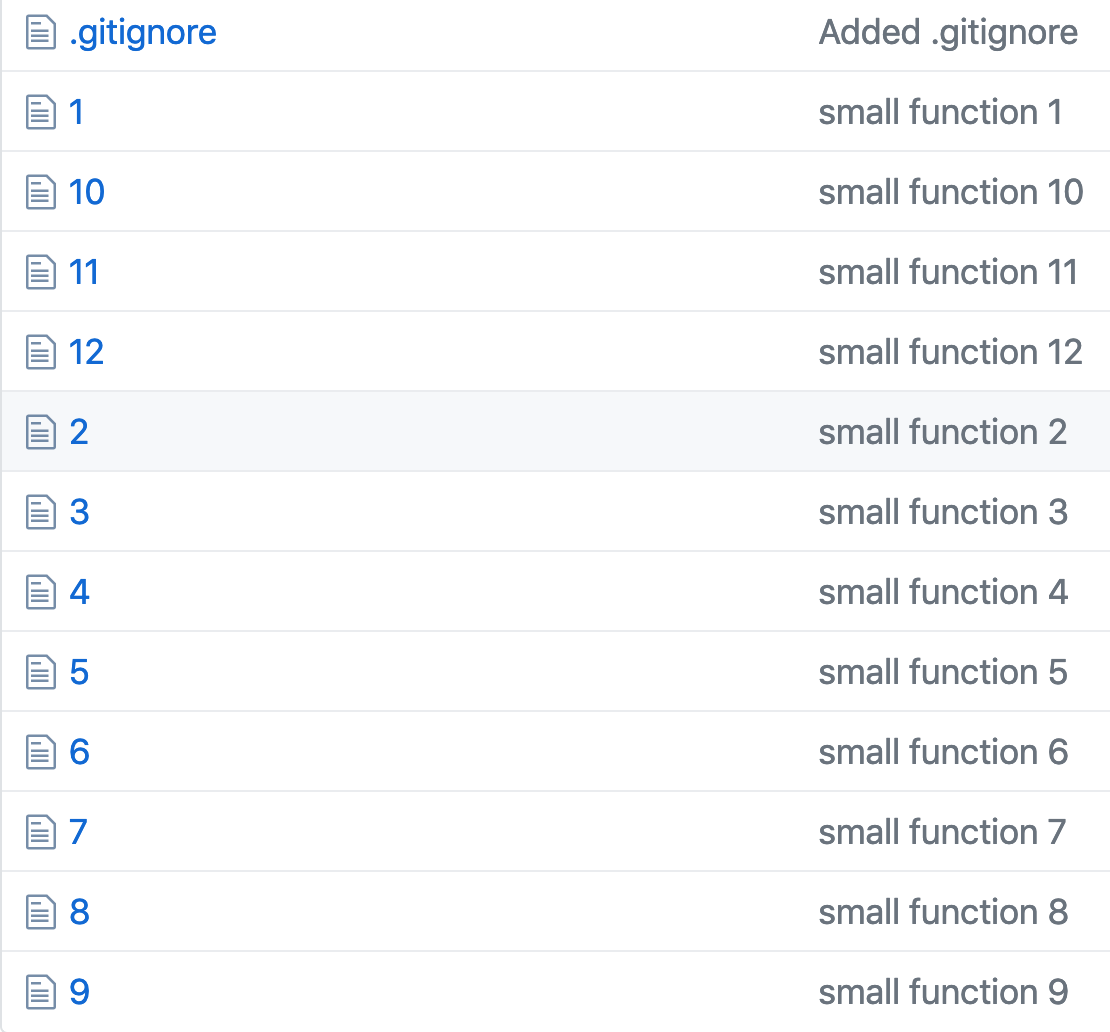 Now let’s take a look on master branch. You could see that through the photo below, we only have 4 commits, and each of them contains 4 files(except for .gitignore commit). It’s just an example, denoting that the actual commit compliant with production standard is always bigger than the ideal commit. 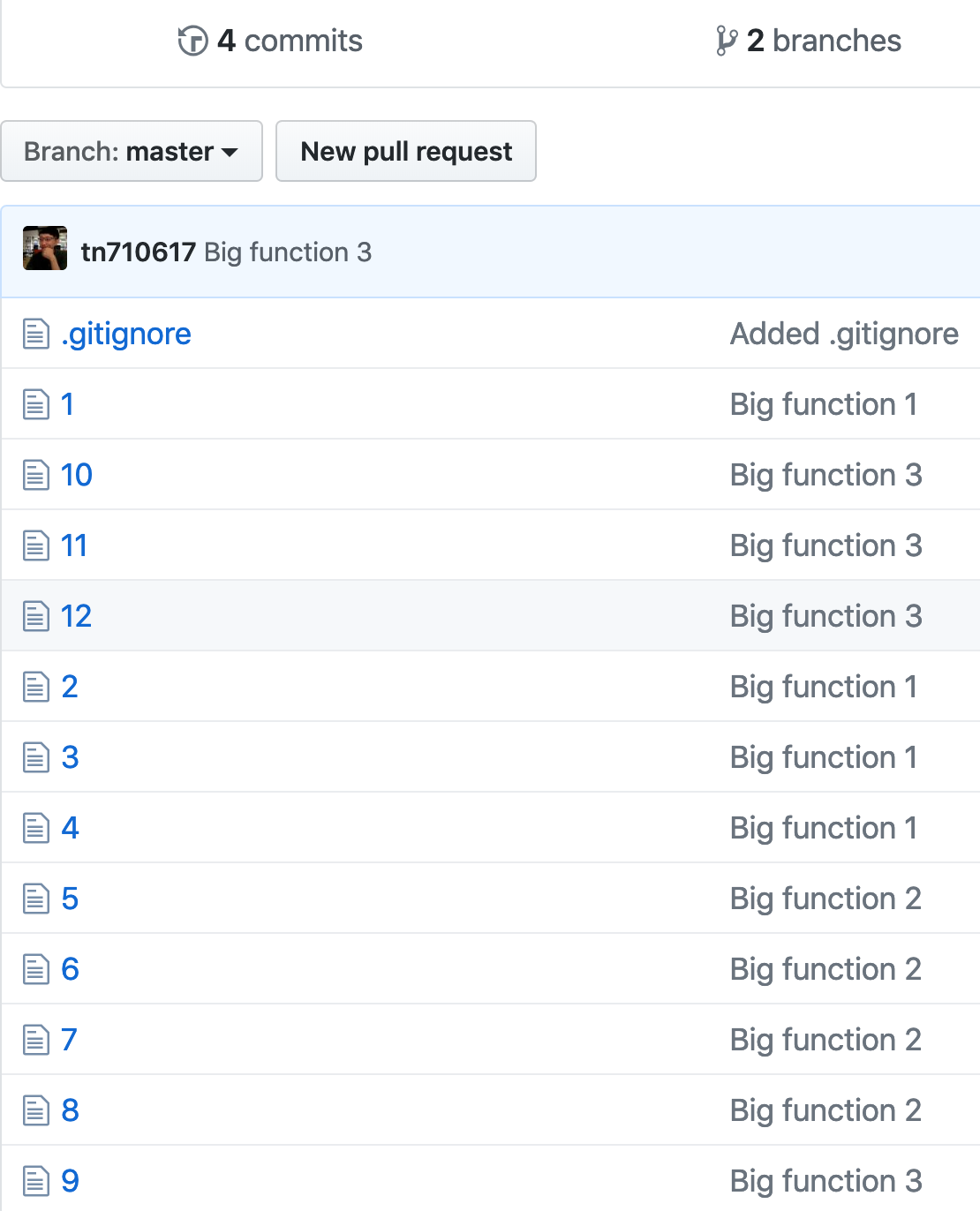 .gitignore is always the very beginning of everything.

And then, we could start developing 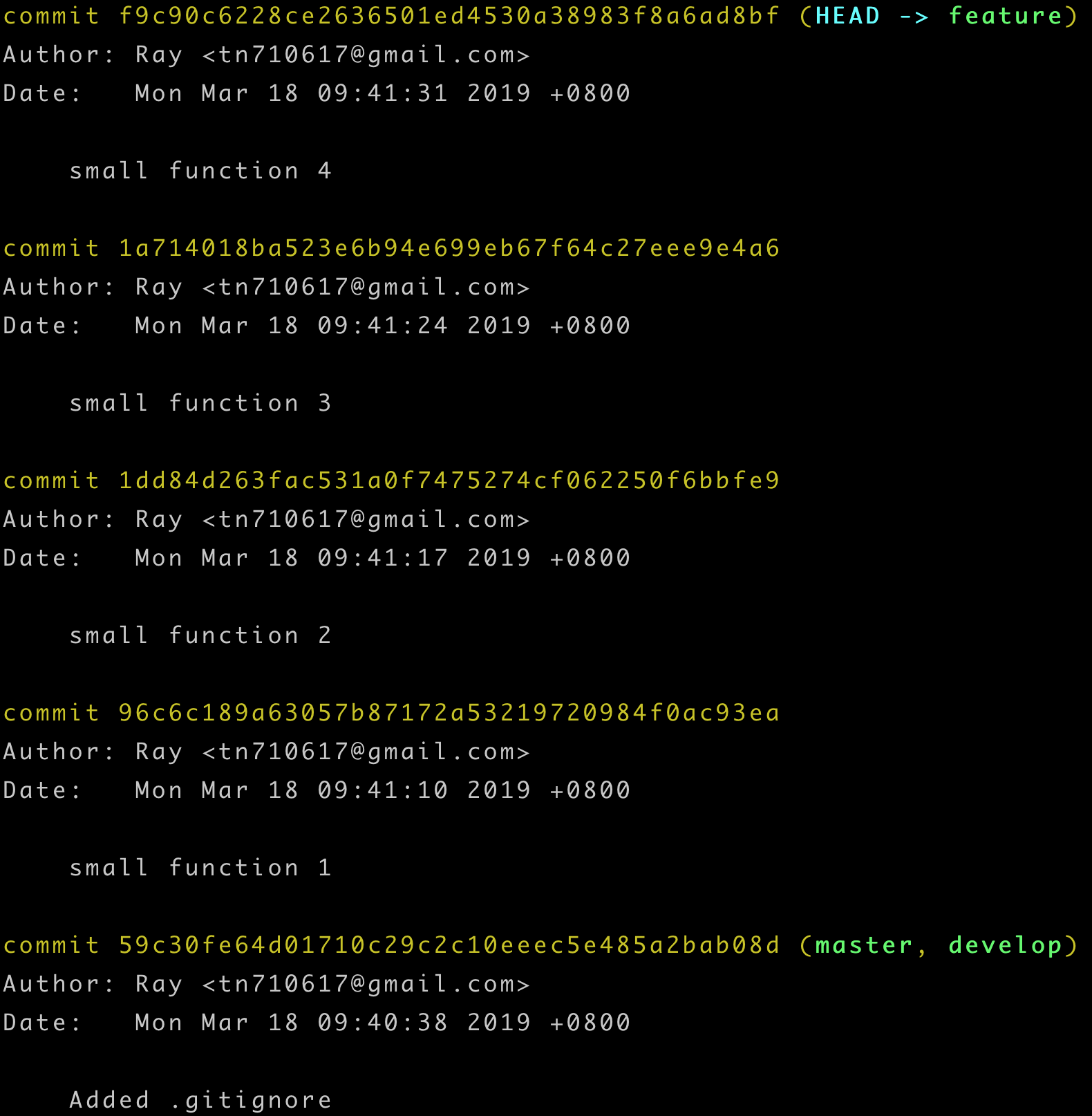 The function is completed!

A branch for being merged 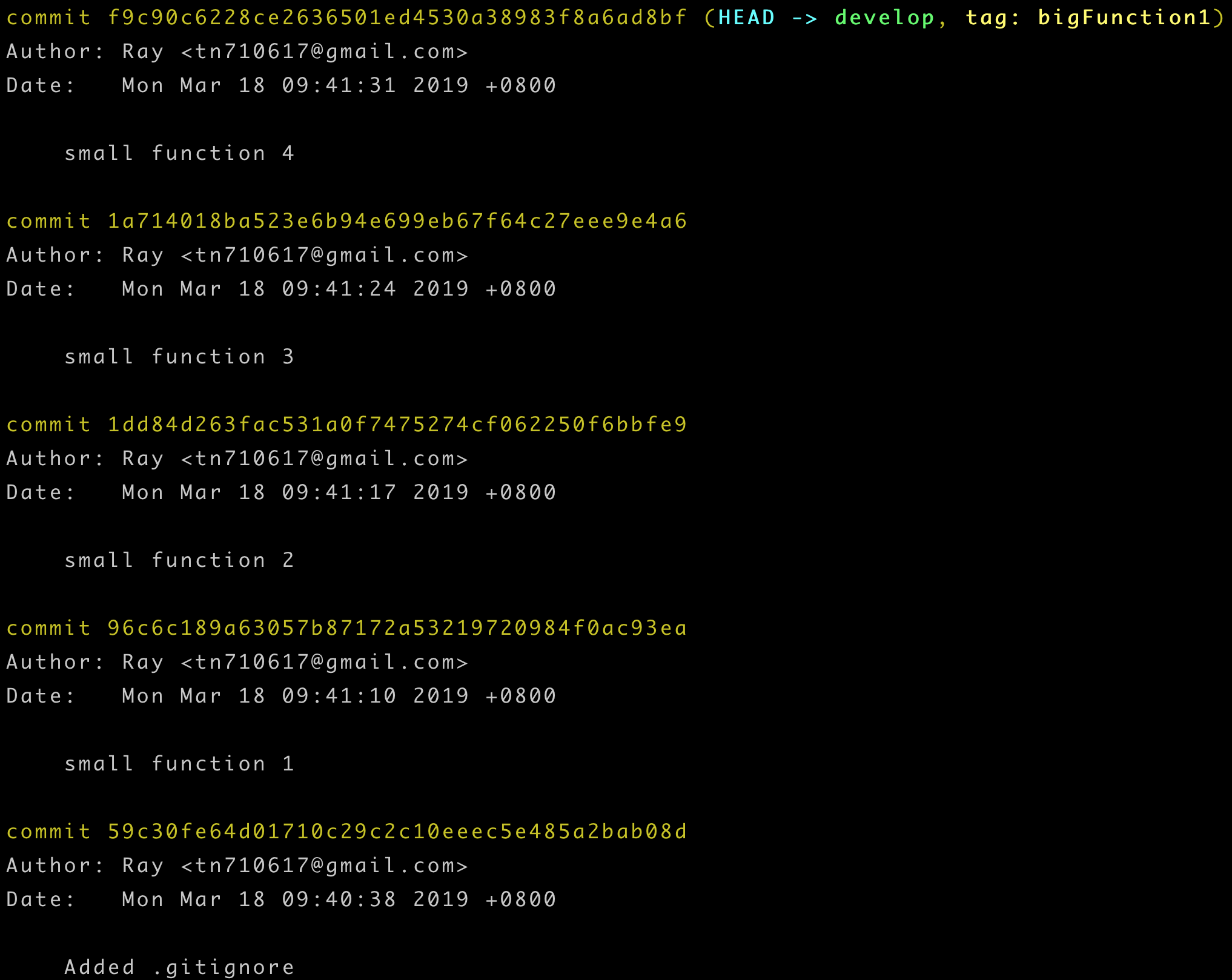 The second rebasing and compressing. 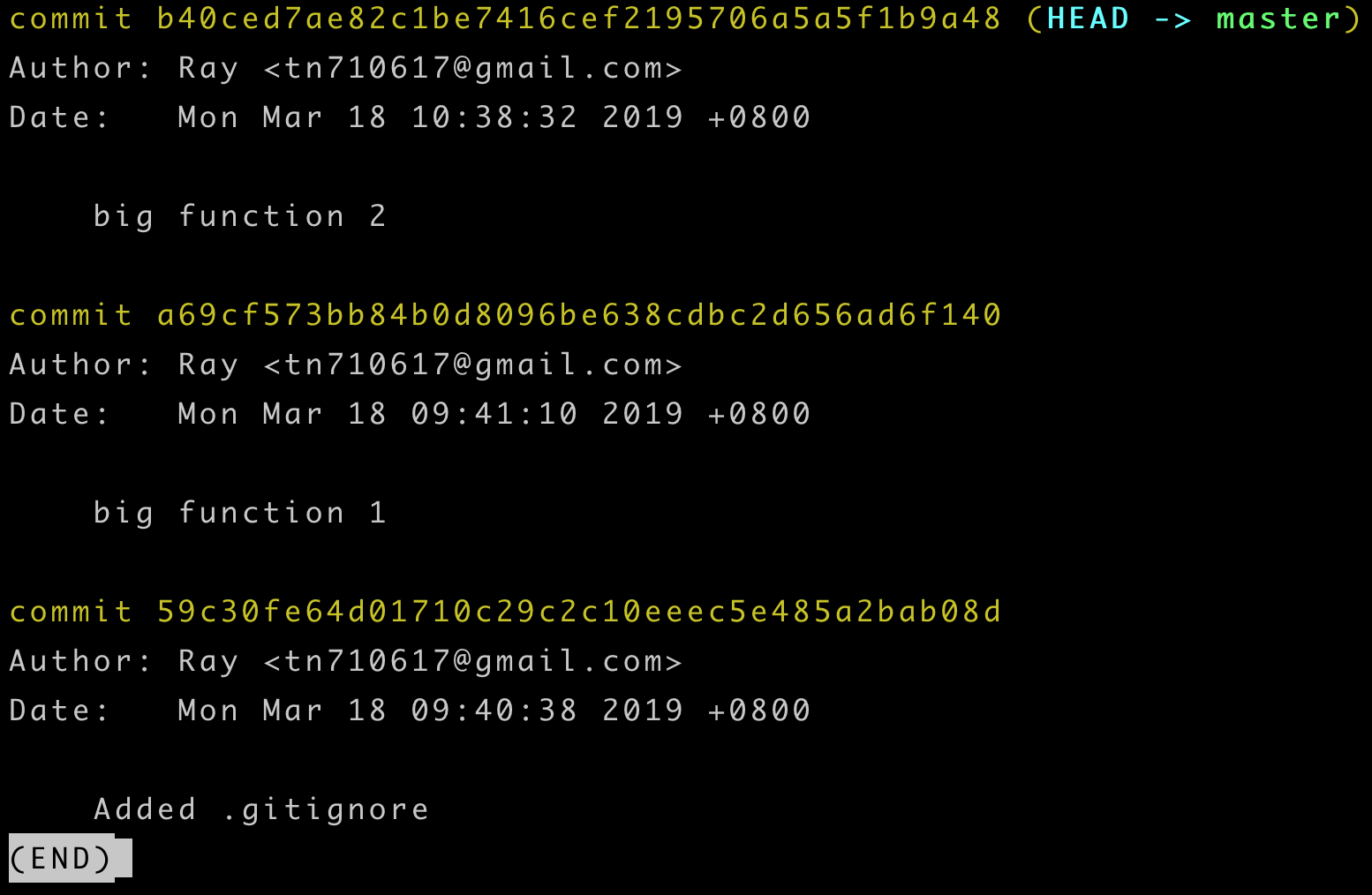 The git flow in this article enables us to make commit as small as possible in development, even in the way we personally like, and no need to sacrifice for production standard.
The develop branch in this article is not necessary to be kept, because if there is some error in the commit with production standard, you will still need to fix it on the one with production standard. However, if you keep it, I reckon that there might be some further usage there. Well, I will leave it for your own explorations.
If you have any comments, feel free to drop me a message. I believe that communication and idea sharing is the shortcut of improving ourselves.